Alvar Suñol Munoz-Ramos was born on January 29, 1935, in Montgat, a Catalan fishing village on the Mediterranean coast near Barcelona.  He started painting oils at age twelve and at age seventeen was accepted at the Escuela Superior de Bellas Artes de San Jorge, the prestigious fine art school in Barcelona. Before graduating from the Belles Artes, he gave his first solo exhibition at Galleries Layetana in Barcelona in 1957. Alvar also won the Bolsa de Viaje Alhambra de Granada, a summer scholarship study trip to Granada. At age 18, Alvar entered a painting in a competition for the Young Painters Prize sponsored by the City of Barcelona. His painting won the grand prize and it is now in the permanent collection of the Museum of Modern Art, Barcelona, Spain.

Due to his early artistic successes, Alvar received many invitations for shows in other Spanish cities. During his military service, he submitted one of his canvases for the Institut Francais annual painting competition in Barcelona. The Institut Francais awarded him the grand prize and a scholarship to study in Paris. Alvar arrived in Paris to paint in 1959. He met Juan Fuentes, a fellow Spaniard and director of the prestigious Parisian Galerie Drouant. Fuentes encouraged Alvar in his painting and brought Alvar’s first group of Paris oil paintings to the gallery. Fuentes’ gallery sold the paintings in one week.

In 1960 Alvar returned to Barcelona to marry his childhood sweetheart, Rosella Berenguer. They returned to Paris and lived there for ten years.

Alvar’s paintings were exhibited in the United States for the first time at the Monede Gallery, New York in 1962. Alvar produced his first original lithographs for a one-man show at Galerie Drouant in 1963.

Since a decisive solo exhibition in Paris in 1963, Alvar has exhibited regularly throughout Europe, the United States, Canada and Japan. For a comprehensive list of Alvar’s museum and private exhibitions, please see the additional information provided.

Alvar’s hometown of Tiana hosts one of his permanent public installations.

In September 2001, a commissioned mixed media mural by Alvar was unveiled. The mural reflects on the four seasons and is affixed to The Four Seasons Building, named in reference to Alvar’s mural. In 2003, city officials in Montgat, Spain, commissioned Alvar to create another permanent public installation: an 18-foot sculpture titled “Mediterranea” dedicated to the city’s personality and seaside character, which now stands in the newly opened Plaza de Mallorquines.

Perhaps one of the most prestigious honors Alvar has received was in 2006 when Restaura, a Spanish real estate company that is dedicated to building restoration projects for cities, asked Alvar to create a sculpture to honor the famous Spanish cellist and composer Pablo Casals (1876 – 1973). In early 2008, the sculpture was placed on a street in the Boulogne Billancourt area of Paris that after a major renovation has also been renamed for Pablo Casals.

In addition to the sculpture, Restaura also commissioned Alvar to create a large painting and lithograph suite honoring Pablo Casals. The lithograph is displayed in their headquarters as an honor to their fellow Spaniards Casals and Alvar.

In 1993 a book devoted to the artist’s paintings was published in Spain and the United States. In 2001, Alvar: Thirty Years of Lithography, a book chronicling the lithographic creations of Alvar was published. In 2005, Alvar in Color and Poetry, a book by Dr. Betty Jean Craige, Marjorie Agosin, and Alvar was published.

In 2006 a DVD titled “Alvar: His Vision and His Art” was written and produced by Dr. Betty Jean Craige and Alan Stecker. The DVD was awarded first place at the Indie Gathering film festival for independent filmmakers; the 42-minute documentary was honored in the short documentary category. In June 2007, it aired on public television in Georgia; further states are scheduled.

From 2007 through 2009, Alvar and his art were honored at multiple museum exhibitions in America and Spain.

No matter which medium the multifaceted contemporary artist employs, he speaks from his soul about what is important to him: peace, family, love, beauty, nature, art, music and humanity.  His works are peopled with strong figures, feminine or androgynous, who embody an earthiness and solidity, yet have an ethereal quality. Women are prominent in his pieces, and they represent life, family and generations. The symbolism in Alvar’s art entices the viewer into an artistic treasure hunt to find and identify the iconography he uses to share his messages and his thoughts about life — thoughts that people around the globe relate to and share.


Museums With Alvar on Display 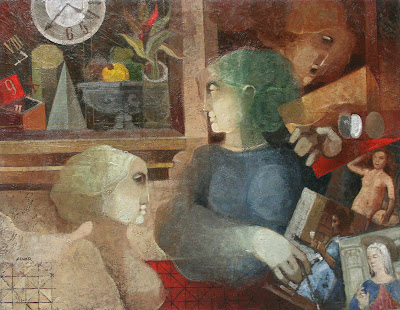 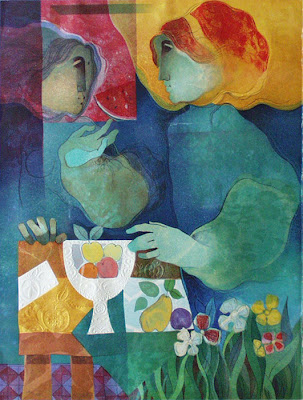 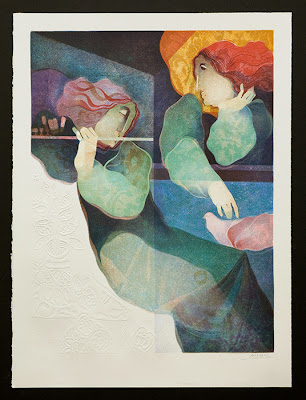 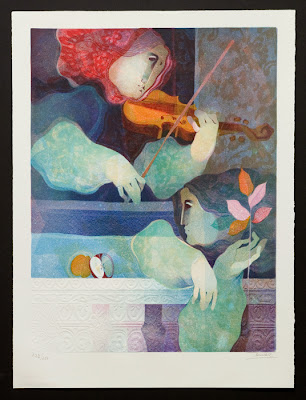 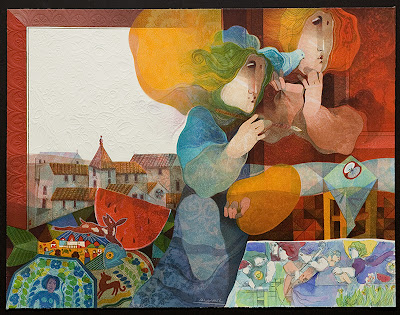 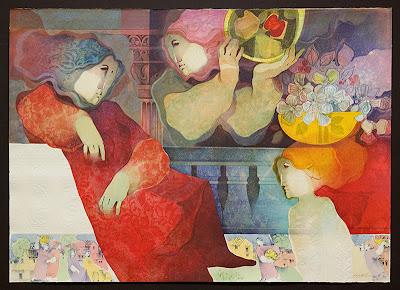 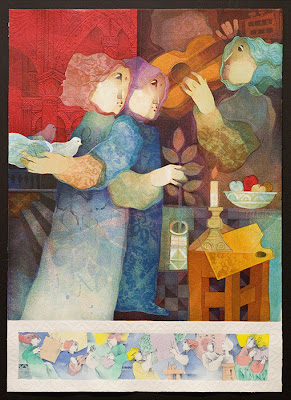 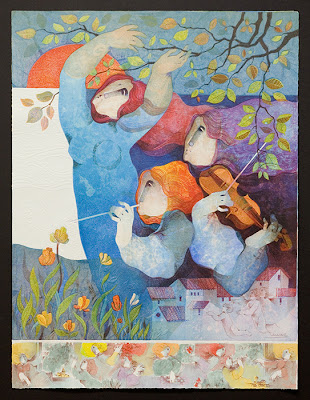 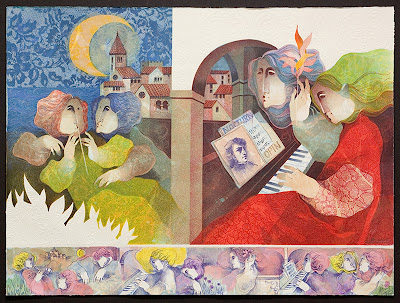 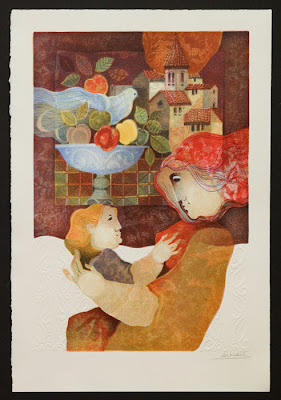 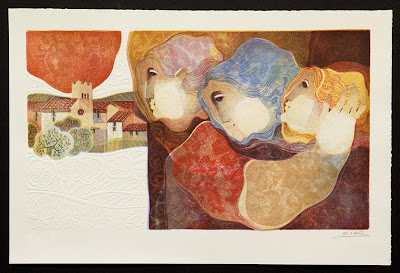 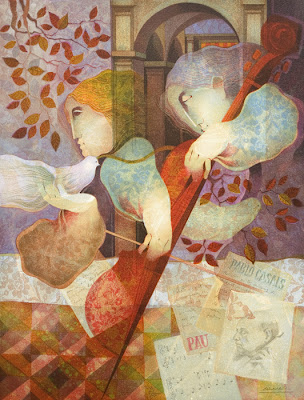 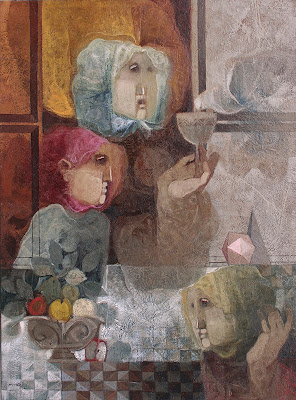 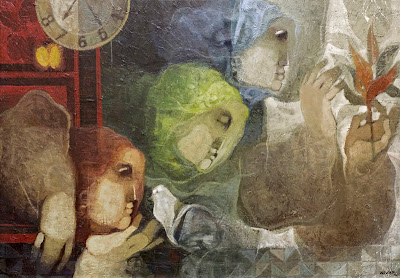 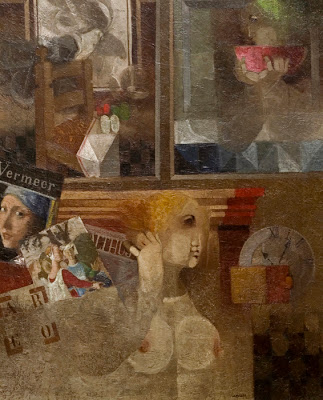 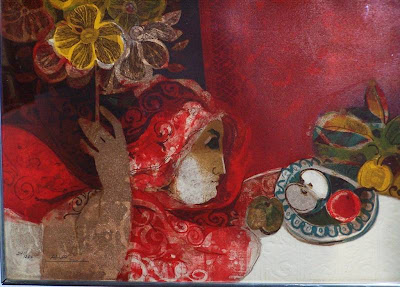 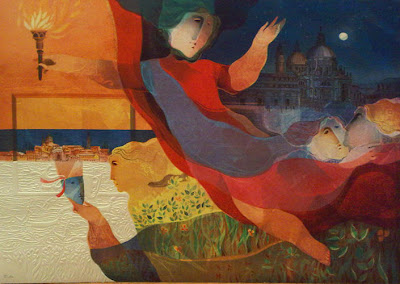