My childhood was like a Technicolor movie. I was born a few summers ago, on a second floor flat Hostafrancs, a suburb of Barcelona. The door to the room where I saw my first light before my mother’s shop. Lucky for us, she was a dressmaker specializing. My first years have passed surrounded by piles of fabric colors, textures. Blue, green, yellow, purple, with laces and stripes and prints, which became showpieces of the most beautiful women of the neighborhood. From that period I have good memories. Unlike other families, we talked a lot about colors and these colors went from shop floor to the haberdashery and finally to the curved shapes of the clients of my mother.
My father was a traveling salesman, and most of our neighbors were the black market. In the postwar world, the word “art” did not exist. A “gallery” was a room used for hanging clothes, and to paint a picture was just making chalk marks on the sidewalk hopscotch. My grandfather was a sculptor, and although I never met him, I loved to hear stories about him and I always wondered what made you choose the sculpture when the world around them was full of construction workers and mechanics. Although the real world around us has nothing to do with art, I could still see and appreciate the beauty and so, I never remember feeling bored or sad. Even the winters were a kind of rupture between the bright summer: the beach, watermelons and the first breast the sea, all that happened in the summer.

Joan anoro
And it was under the strong light of each June, the 13th, he was to receive a magical gift: a box of colored pencils which I devoured like candy bars. I drew with passion, nonstop. But no one, except my mother never thought it was important. They saw my ability as something that does not bother anyone, but it was not something that is appreciated. In fact, to make a living doing something else.
And I did something else. In fact, many other things, the rest thought they were very helpful: Agricultural Engineering (Barcelona, ??1966), Bachelor of Economics (University of Barcelona, ??1972), 15 as a systems engineer “of IBM. were years of confusion, but were not happy years. Agriculture, economics, computer sounds tedious to me, but now, it was work that went smoothly, despite leaving a feeling of dissatisfaction, a feeling that sometimes still have in times of confusion. Those who know me know that they were years of happiness. You may not have been years of actual colors, but colors were years of waiting. I knew that someday would try to be a painter and I could not wait the time to come.

Marruecos
The process was slow but very intense and took me to a new, yet familiar, it brought back the essence of forms and colors of my childhood. It felt like I had been on a long trip at the end of which you find what you had already known: the forgotten old friends. Nothing seemed strange in the TheWorld of painting. The colors, the sense of beauty, being able to delve into a finished work, doubt, correct and re-watch. I already knew all that. It had happened before, through the eyes of a child. It is possible that had been my best eyes.
It was like starting over. This occurred in the late 80′s. And since then everything has been painting, paint and more paint. Today, when I enter one of my shows, and I see the pictures hanging on the wall, I wonder, hardly realize that these images did for me.
So many photos, so many enthusiasms … I look back and I have the feeling of not being able even to see only a shadow of its author. The plane. San Francisco, Tokyo, New York, look at this, this is Menorca, and this is my home, blue, green, red, foreground, background, watercolor, oil on canvas, blue, green, blue … And I, I think the painting is to explain, sometimes I wonder if I have not explained enough.

África
I chose to represent, speak of those images that move me and I will continue. Continuing the discovery of light reveals things and desires .. I like beaches, fresh fruit and people dancing in Casamance. It’s great when I can catch the light and beauty of the Caribbean, Africa and Menorca in a painting.
Everything you see and experience does my imagination. That’s why I like traveling and painting wherever you go, because I believe everything I see or experience is interesting enough to talk, and my tongue, I know now, 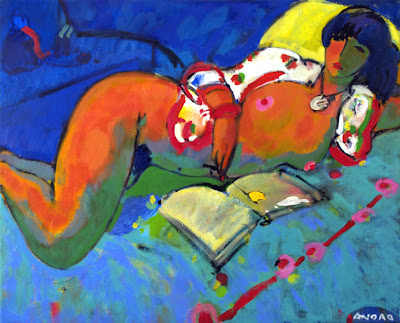 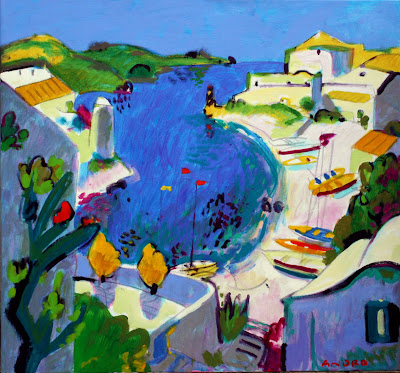 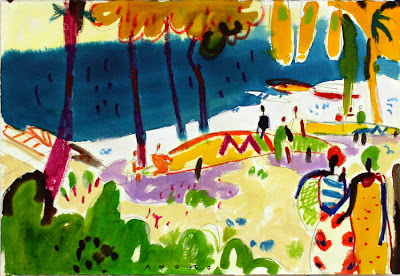 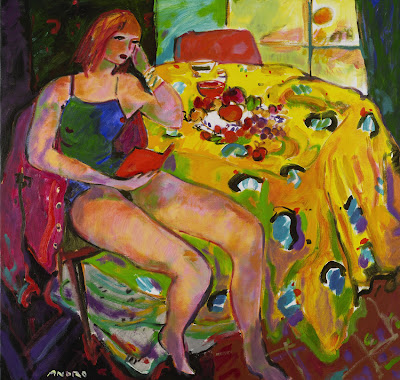 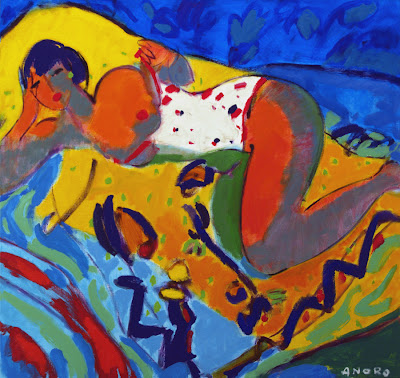 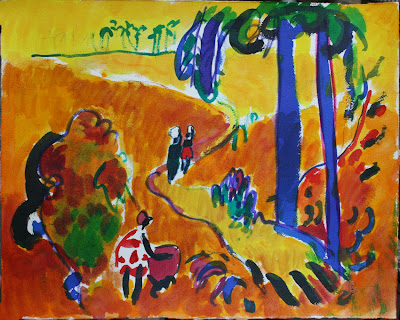 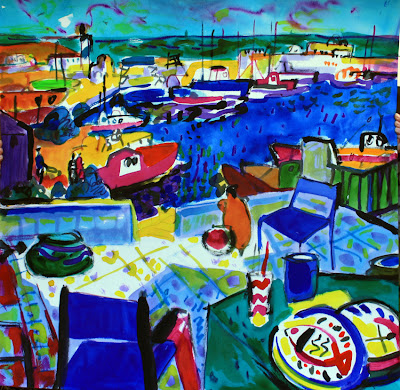 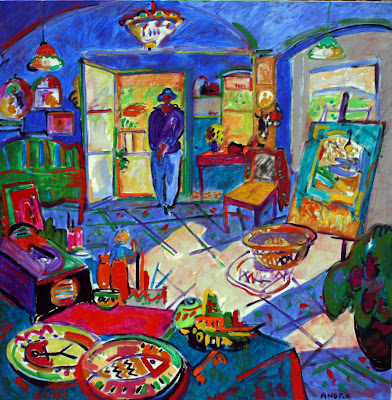 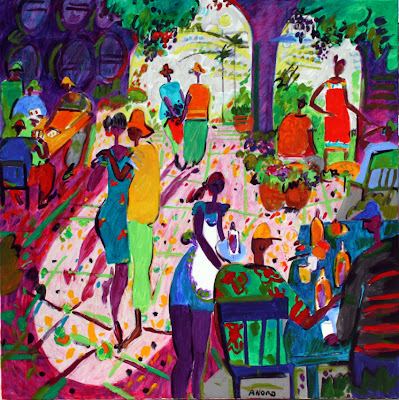 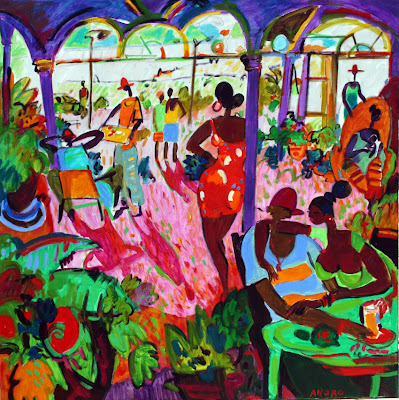 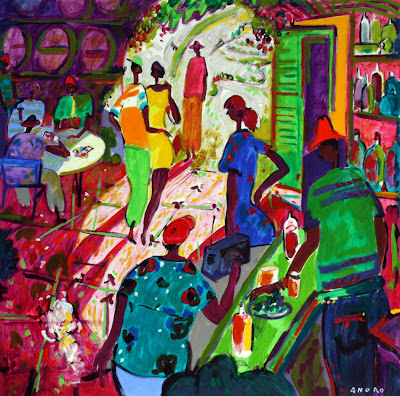 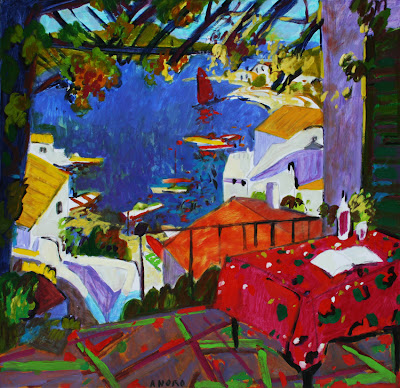 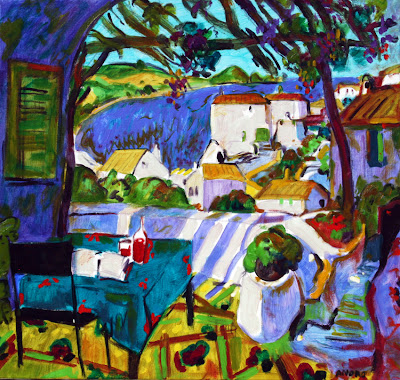 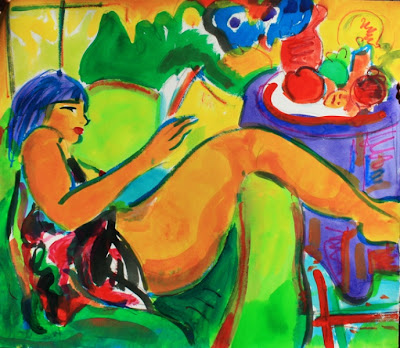 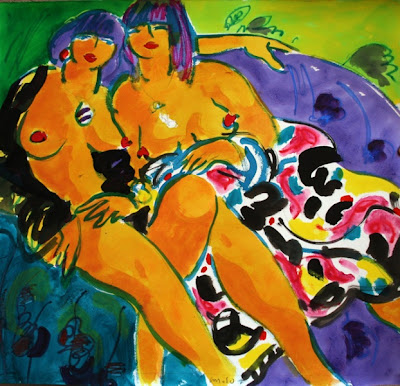 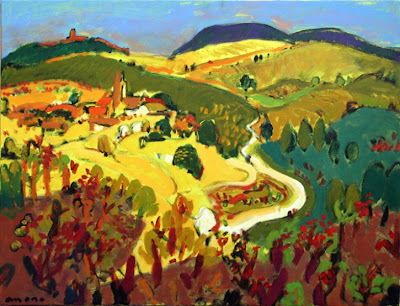 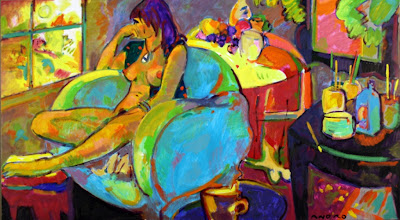 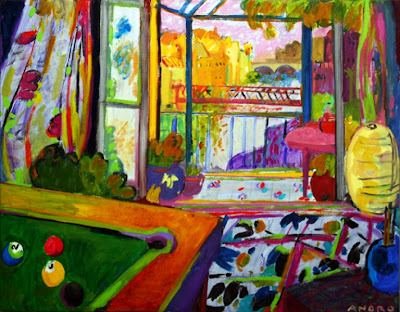 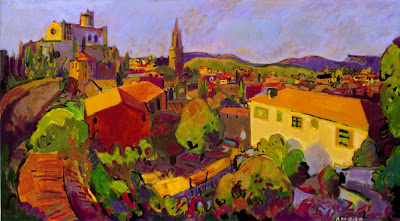 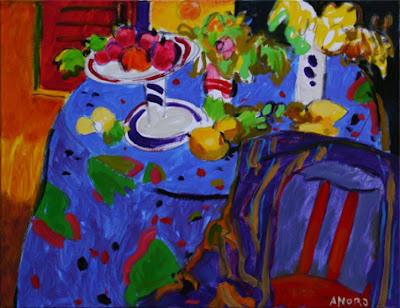 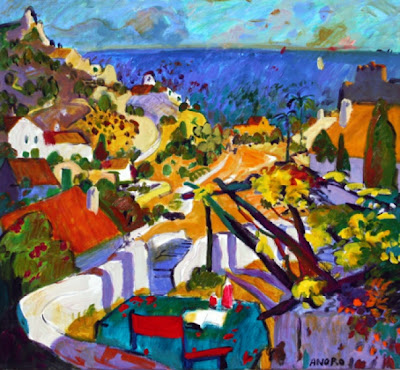