I was born in 1965 in Minsk, the capital of Belarus. My father was a prominent figure of the Belarusian culture: a scientist, an artist, a public person. Since childhood I was surrounded by the atmosphere of arts.
In the Academy of Arts of Belarus I received a serious background in academic drawing, painting from nature, history of arts. I started my creative way in early 90s -first years of perestroika, when the decades of "socialistic realism" were changed by the search of creative individuality, own style in Belarus.
In my works Man is always a central figure. The world vision of Man colors this world emotionally, fills it with various meanings and senses. Man and Time, Man and Nature, Man and Civilization, Man and Man - meditations on these issues give me the ideas for many pictures.
Depicting this or that idea in my works I often use the language of symbols. Harmony and symbolic character of colors, lines and forms does not have less importance for idea depicting than the plotline. Color is an irreplaceable means for creating a decorative "fabrics" of the picture, its mood. At the same time color may have a definite sense. I love all shades of light blue and blue colors very much - they are the colors of the clear sky, immense space. Green is the color of spring, life, development. Red is both the color of autumn, connected with the dying of nature and foretelling future spring in the eternal circulation of things in nature, this is the color of life activeness. In my pictures the border between the sky and the earth are conditional and changeable, as there is no a net border in life between "the earthy" and "the heavenly". The earth and the sky, black and white, day and night, reality and fantasy coexist, replace each other. This ornament, that starts in the infinity and goes away into infinity and frames human life, brings out delight for the majestic mysteries of the human genesis. It is interesting for me to investigate an inimitable and mysterious inner world of a human, his/her thoughts and fantasies, experiences, feelings that are connected with the human self-feeling, feeling of a temporary dweller of this planet, but having an immortal soul. This topic and the conditional language of painting by which it is depicted does not presuppose an absolutely finished and defined statement. My works are tailored for multi-associative perception and emotional development of the idea by the viewer him/herself.
I think that the ability to feel the beautiful is the greatest gift that the Nature gave to Man. An artist though has a wonderful possibility to communicate by way of his/her pictures and paintings both with the contemporaries and the future generations. I would like very much that this "conversation" would induce thinking, would give happiness, hope and optimize.
Marta Shmatava
Born in Minsk 15.02 in 1965
Graduated from the Belarusian Academy of Arts in 1991
Member of Belarusian Artists Union from 1989. Painter.
Painting works of the artist are in collection of Museum of the Belarusian Academy of Arts, in collection of the Museum of a name of Belarusian poet Maksim Bogdanovich and in private collections of Belarus, Russia, Austria, the USA, Germany, France, Japan, Belgium, Great Britain, Poland and Netherlands.
http://figurationfeminine.blogspot.com/2012/04/marta-shmatava-1965.html
http://artodyssey1.blogspot.com/2009/09/marta-shmatava-i-was-born-in-1965-in.html 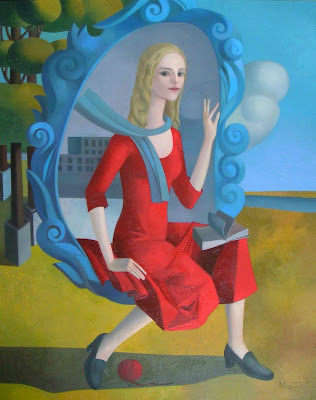 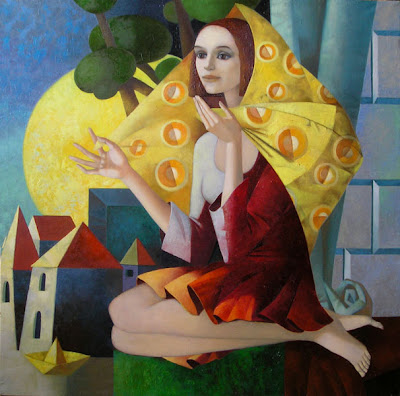 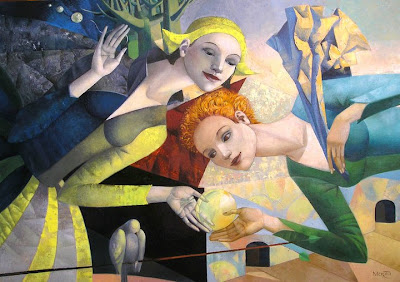 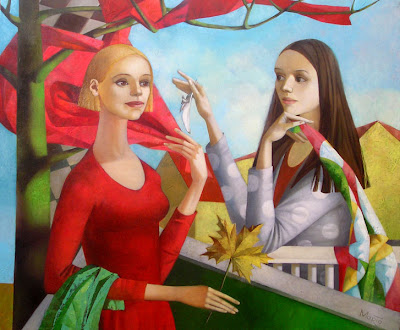 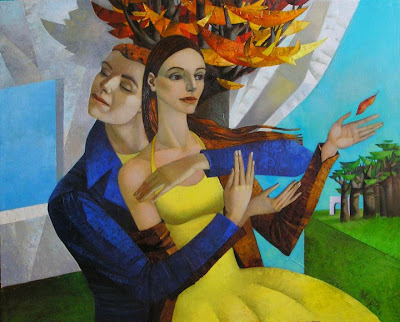 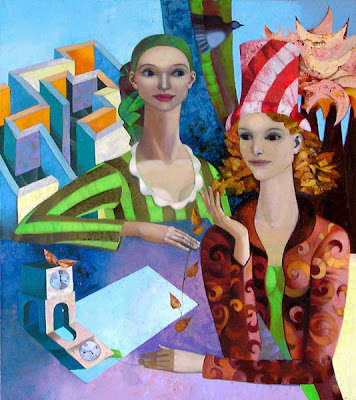 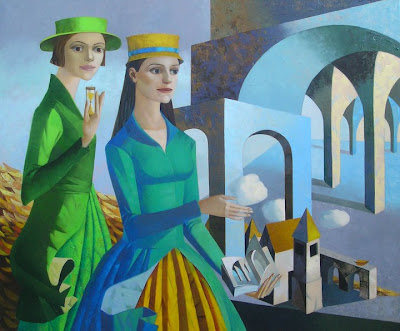 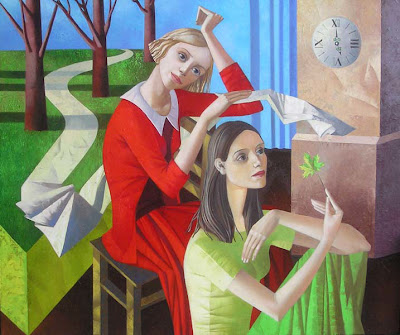 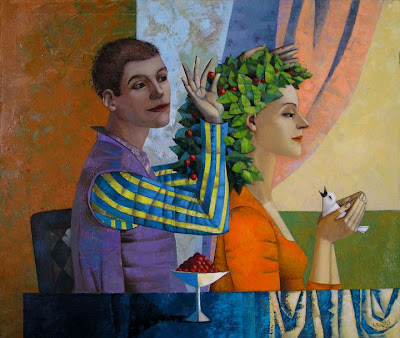 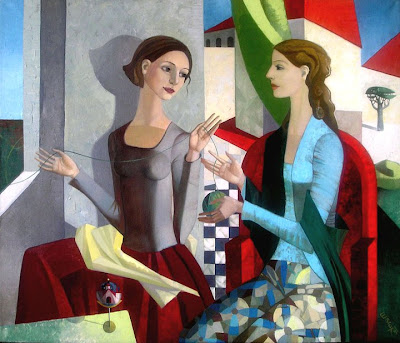 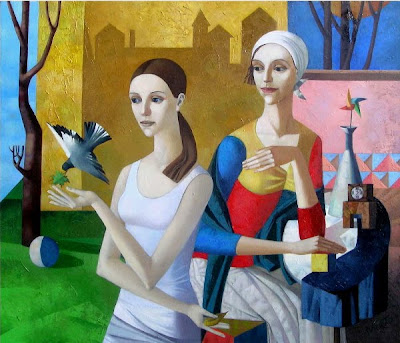 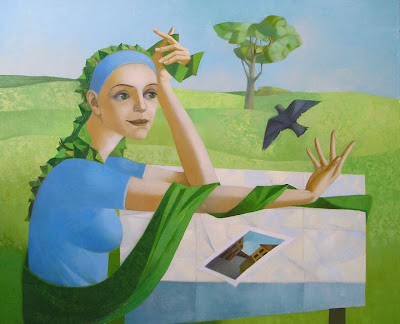 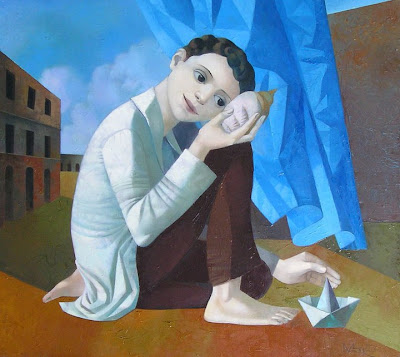 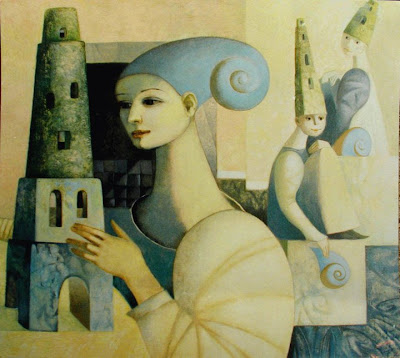 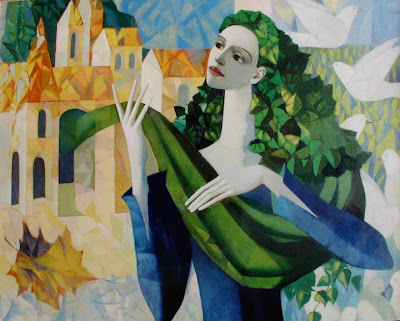 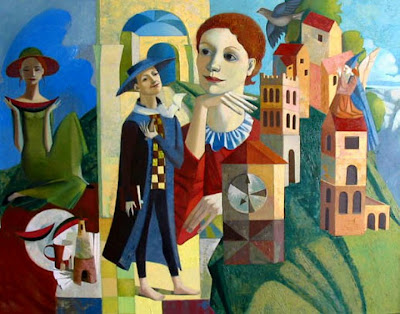 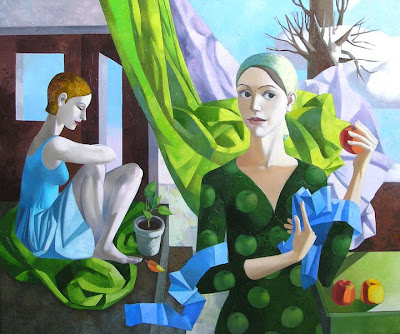