artist statement
Outside of the art context, crafting plays an important cultural role from early childhood through late adulthood. Magazines such as Readymade, Bust, Martha Stewart Living, and Make promote a crafting-for-all attitude, but each publication presents a contradictory set of aesthetic, financial, and technical limitations to their readers. The goal of having one's craft project look (and function) like the example in the picture is at odds with the reality of missing the mark in execution. The failure to embody the ideal is an important theme in my work. Failed geometry, failed architecture, and failed illusionism are treated with humor in my paintings and sculptures.

I use low-brow craft-kitsch materials in my paintings and sculptures in order to reinforce a theme of the commodity of craft. The recycled cardboard and styrofoam used works in opposition to the ready-to-craft materials in that they promote a something-out-of-nothing value in crafting. This aspect of my work critiques the Martha Stewart institution for its presentation of perfect craft, food, entertaining, and interior decor as an "Everyday" goal. The imagery of truffles, exotic mushrooms, jelly beans, and sweetbreads allude to the cult of the gourmet with which Martha Stewart™ associates. Truffles, pearls, and gems, all costly and inessential, must both be unearthed through digging. In my paintings, these images are positioned in empty fantasy landscapes. The viewer, driven by desire, digs through this space to obtain such treasures. I represent landscape through several degrees of mediation (first through building modest micro-sculptures, then through painting.) This removal from the real reflects what I find to be a prevalent contemporary anxiety toward not only so-called 'nature' but also toward 'the real' itself.
resume
Solo Exhibitions: 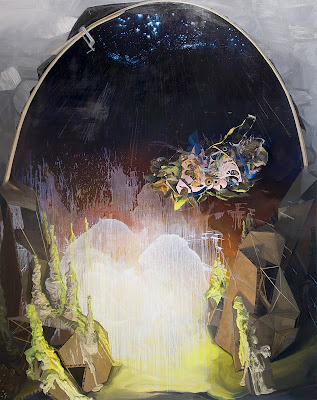 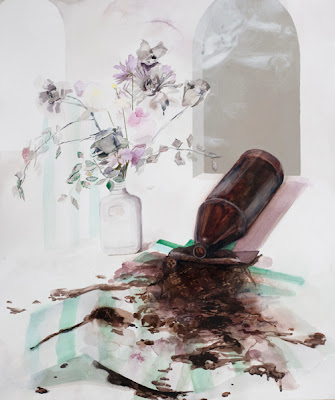 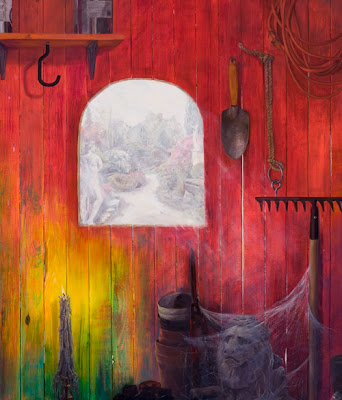 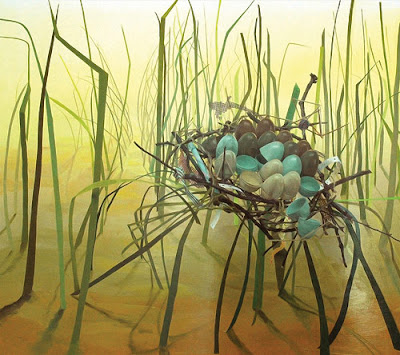 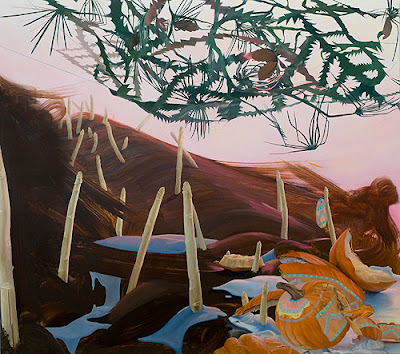 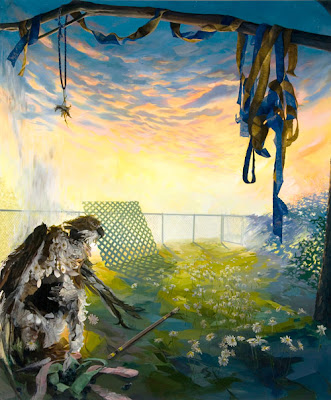 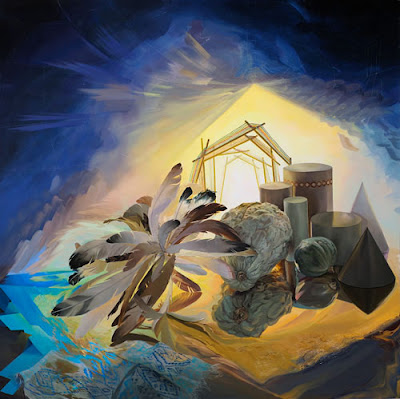 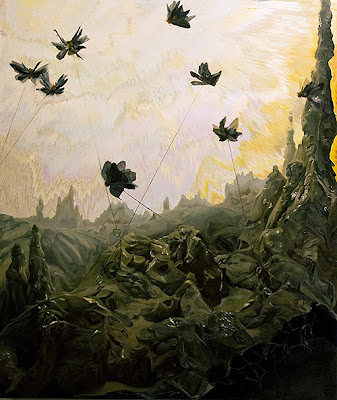 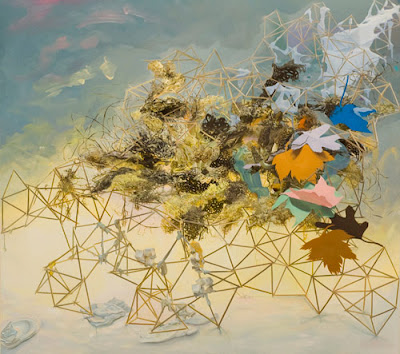 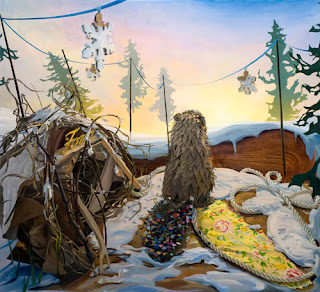 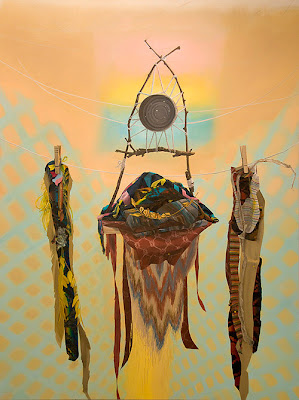 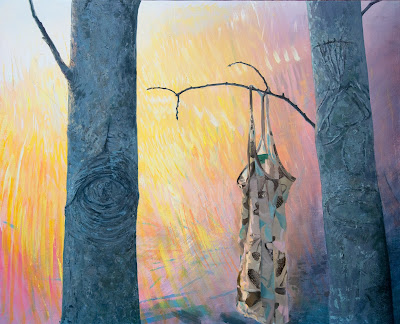 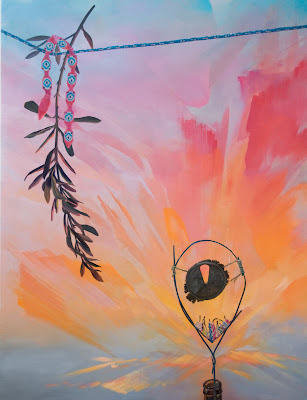 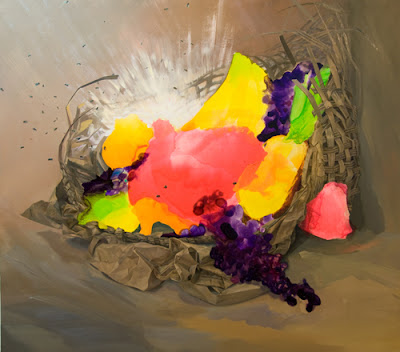 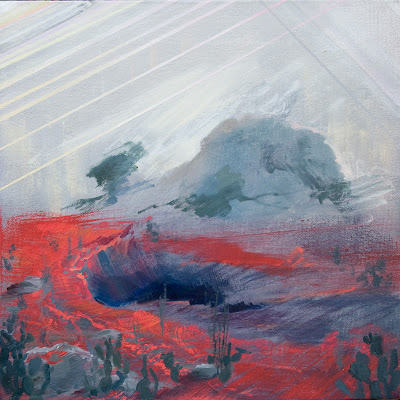 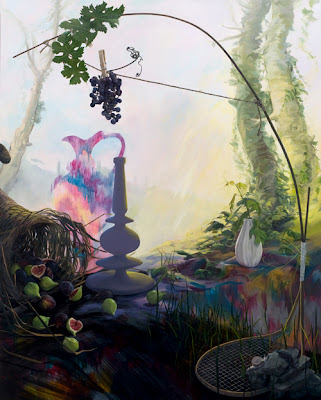 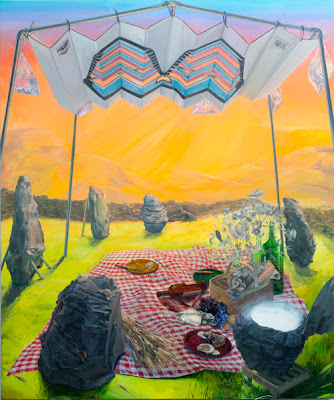 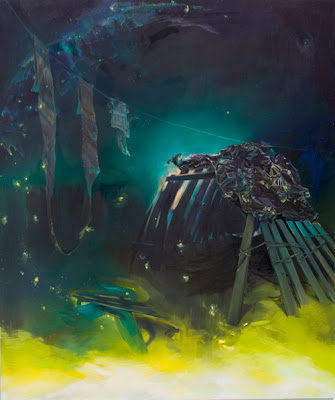 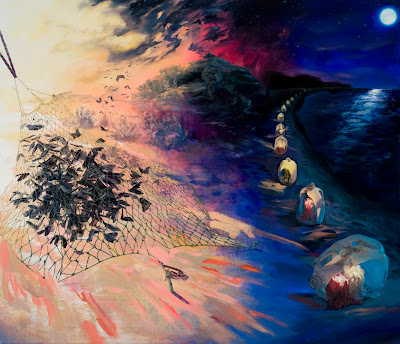