I am a french artist, currently I am living and working in Aurillac (Cantal, France). My father, a sculptor, provided me the way to look at my surroundings with an attentive eye and taught me various artistic techniques.

In my current body of works I'm obsessed with delicacy and lightness. I would like to create some drawings slowly disappearing from the spectator's eyes. My imagery comes from territories of dream but I don't make metaphors or symbolic representations - these images really are, by themselves. They belong to the domain of metamorphosis, a recurrent theme in the polytheistic, animistic or shamanistic thoughts.

My work fights against the frozen imaginary of the Unique which only blossoms in violence and exclusion and in the obsession in truth or progress. Metamorphosis belongs to the multiple, to the becoming as perhaps defined by Deleuze when he described the animal-becoming, plant-becoming, woman-becoming: it is not imitation or identification but poetic scrum which makes evident that worlds are fertilized and grown on each other, swollen with life, matter and invisible.

My current work focuses on mixed media on paper, wood or fabric. The use of graphite and colored pencil makes possible a certain lightness of texture and the creation of some details that claims my obsession with the multiple. The silence of the white or creamy surfaces of paper or cloth makes more patent the subtle rustling of metamorphosis that takes places surreptitiously in my image. The movement belongs to erasure, the figures may appear motionless, but in reality they are working on their disappearence from the human eyes. I love small sizes which are favourable for the discretion of such rites and if I even choose larger format, then the creature is to be seen truncated and buried in its vast open spaces.

July 2010, Carpaccio Magazine, Issue # 16: I feel at home whenever the unknown surrounds me


Featured on the web (selection):

I love the medieval and Renaissance imagery, in which the sense of detail and strangeness are so inspiring to me. I'm also very influenced by intriguing vintage photos from the 19th century, I love antique maps and frescoes, I'm hungry of japanese prints from the Edo period (Ukiyo-e) and my artbook about oriental paintings from the 18th century is a treasure to me. I recently discovered the inuit art and it was a delight to me, an another source of inspiration.
Artists like Kiki Smith brings me many inspiration. I also love very much the work by Fay Ku, Fuco Ueda, Juul Kraijer, Sofia Arnold, Jane O' Sullivan, Balint Szako, India Richer... 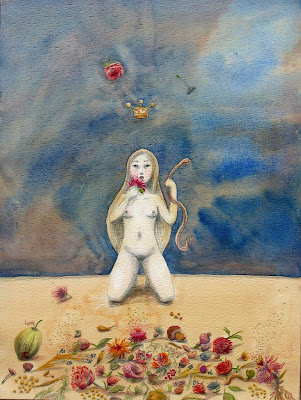 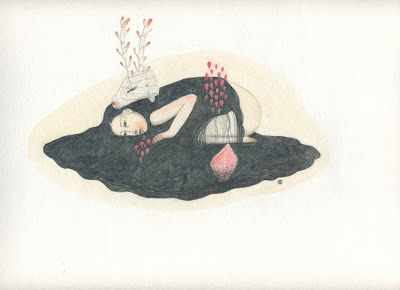 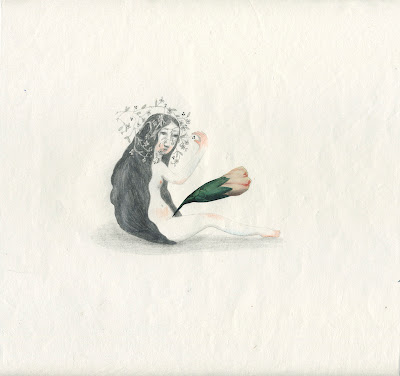 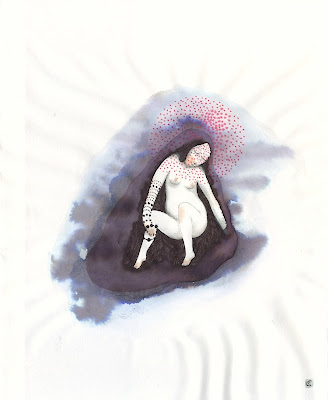 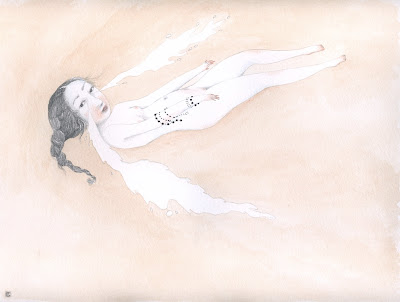 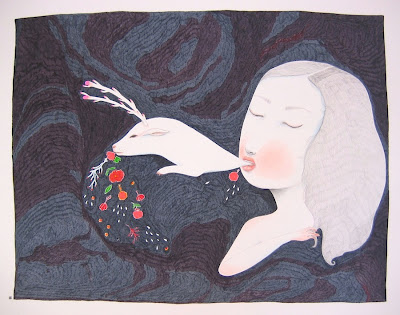 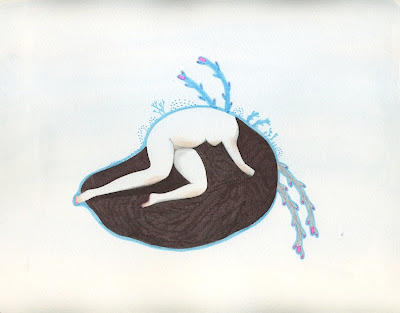 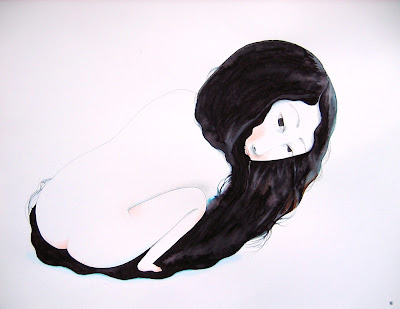 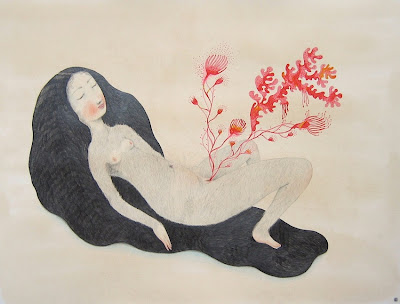 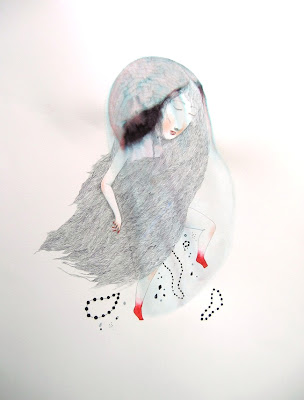 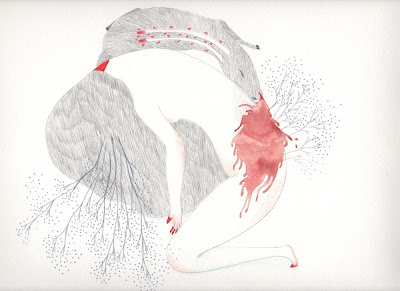 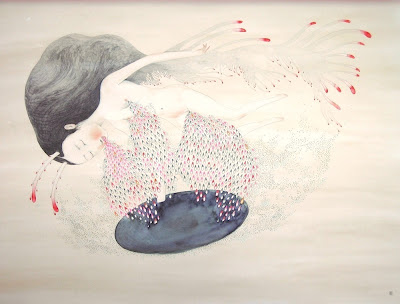 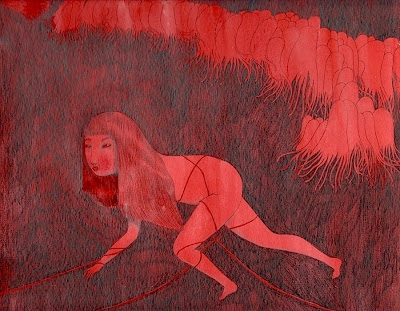 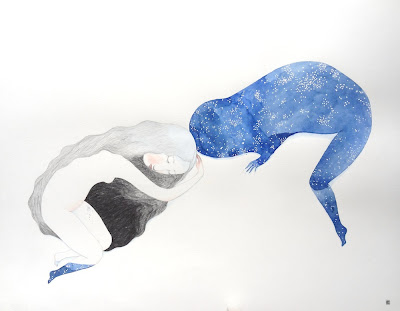 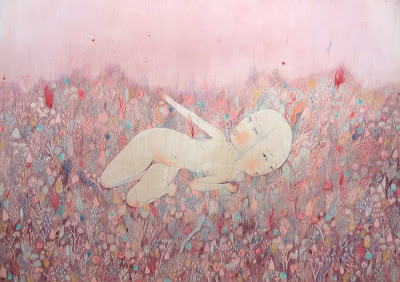 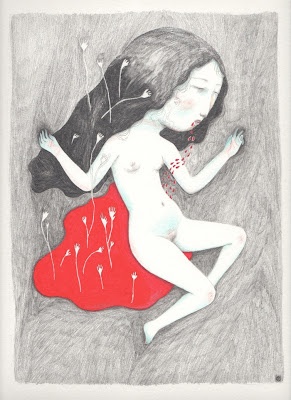 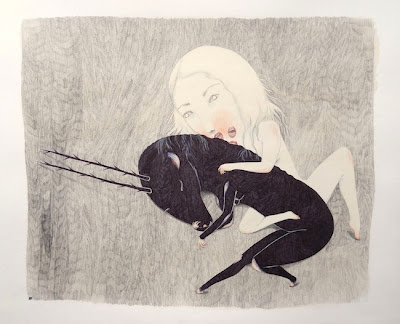