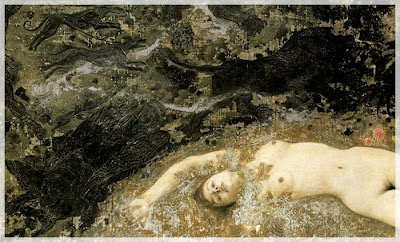 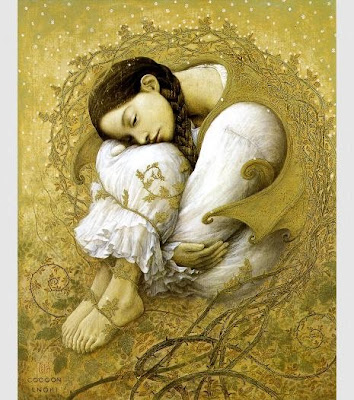 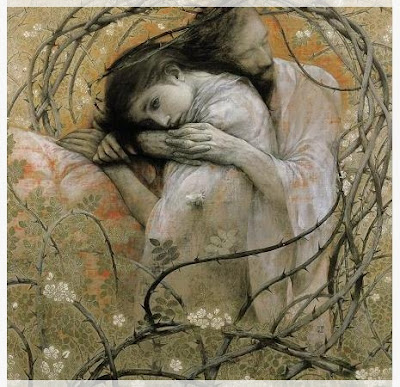 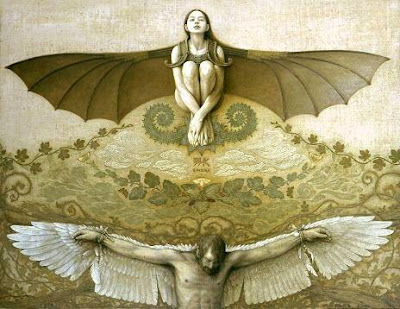 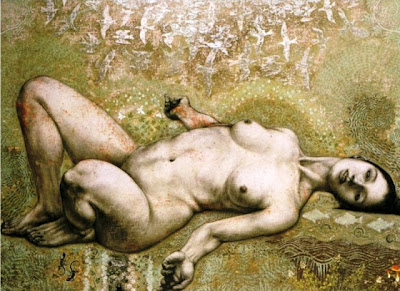 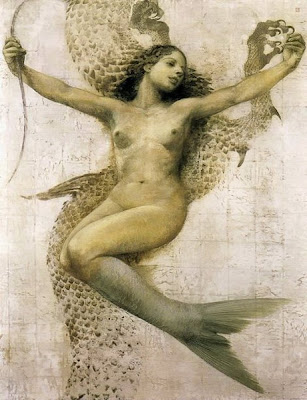 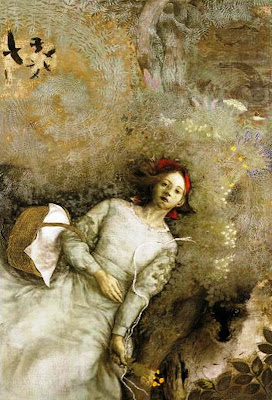 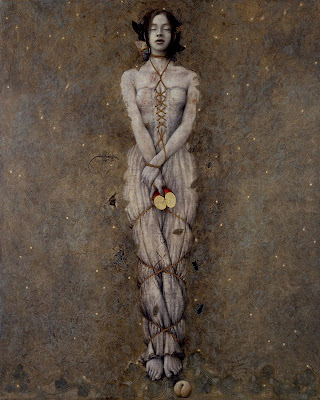 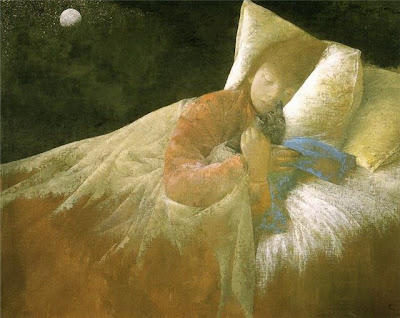 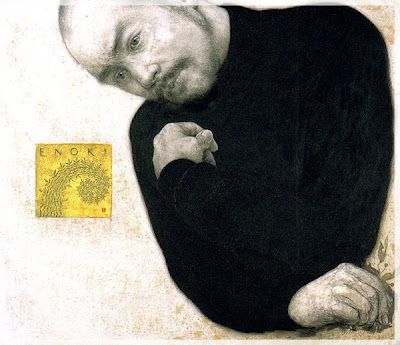 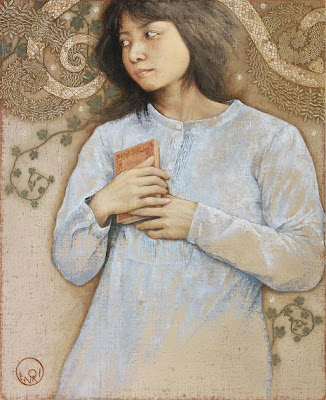 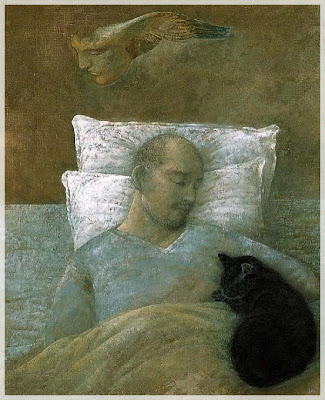 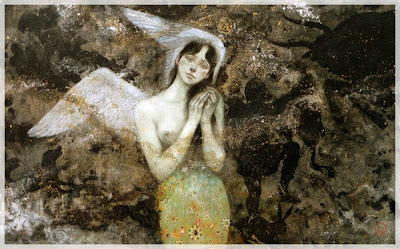 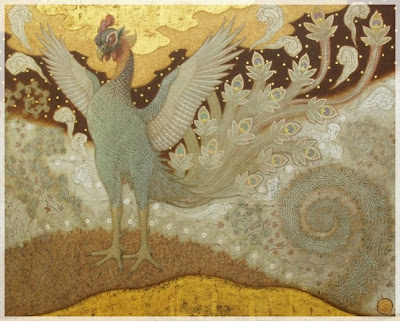 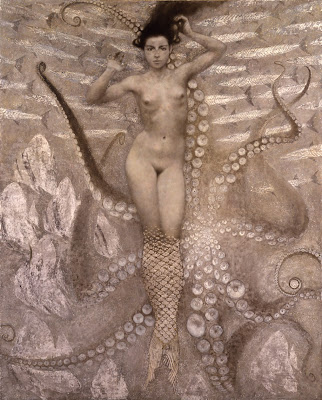 (1961 born)
Educated in several different genres of lacquer painting, traditional Japanese painting and western painting, Toshiyuki Enoki's works are an amalgamation of the new and aged, reality and myth. This artist strives to antiquate his works, not only in his thematic tribute to well known traditional artists such as Maruyama Oukyou also in his artist process. Using particularly worn brushes, Enoki cyclically paints, erases and transfers images for his works to create a unique atmospheric depiction of Nature. As with all four pieces, the details brushstrokes and overall reflective surface is reminiscent of lacquer works which served as an inspiration for the artist. His selected warm colour palette and scattered gold leaf across his canvas creates an overall magical and tranquil depiction in these four featured paintings.

In Water's Edge (Lot 490) and Spring (Lot 554), Toshiyuki paints a serene forest with strangely flat fish who meander freely in the water. In both pieces, the viewer gets a sense of the profound respect the Japanese people have for Nature. Perhaps in replacing the human figure with a monkey one, we find that in three of his paintings, the monkey is a mere observer, entranced by the grandeur and power of his surrounds. In Rainy Forest (Lot 490) we find these contemplative monkeys, staring up into the starry night filled with constellations. The falling gold flecks not only resemble a shower of stars but a godly aura from the heavens. Again the motif of monkeys is seen in Story Teller (Lot 490) where they playfully swing from the branches; their stature small against the grand landscape. The artist's works subtly suggest that humans must remember that we are greater part of Nature and that its greatness cannot be forgotten. Enoki similarly venerates the generation of artists before him with his careful painterly techniques and ancient impression.
http://artistspotlights.milliande.com/search?updated-max=2011-08-16T03:44:00-07:00&max-results=9&start=8&by-date=false
http://enokitoshi.blog88.fc2.com/
http://www.christies.com/LotFinder/lot_details.aspx?intObjectID=5079157
http://artodyssey1.blogspot.com/2009/08/enoki-toshiyuki-born-in-tokyo-1961-here.html
http://www.tumblr.com/tagged/toshiyuki-enoki
http://klimtbalan.wordpress.com/2011/09/04/toshiyuki-enoki/