born in 1959 is a Moroccan writer, painter and sculptor.who was trained as a mathematician. His fame has gone beyond the boundaries of Morocco and he is exposed in galeries right across Europe.
Born in the medina in Marrakesh, Morocco Mahi was deeply affected by his childhood. He would later write of some of the people he encountered as a child as ill-fortuned ”and left footsore by life.” Mahi moved to France as a young adult to study mathematics at the University of Paris at Jussieu. After working in Paris as an mathematics teacher, Mahi began devoting himself to writing and painting. Within a relatively short period Binebine wrote six novels, which have been translated into various languages. Many argue that his paintings, however, provide the more visceral framing of his ideas. Hauntingly dreamlike, his paintings often depict hadowy silhouettes of humans forms emerging from red and blue backgrounds. Suggesting both the fragility and power of humans, particularly women, his paintings hold an important place in contemporary Moroccan and North African art. His art can be found in public and private collections throughout the world, including the permanent collection at the Guggenheim Museum in New York. 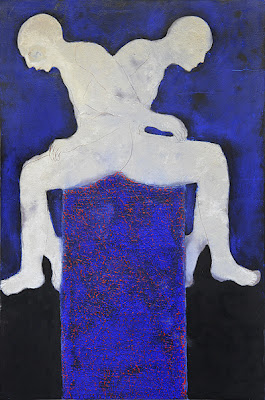 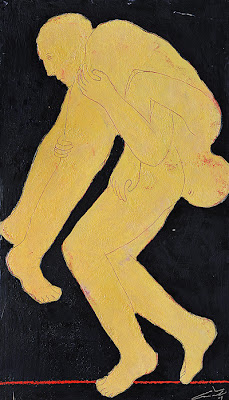 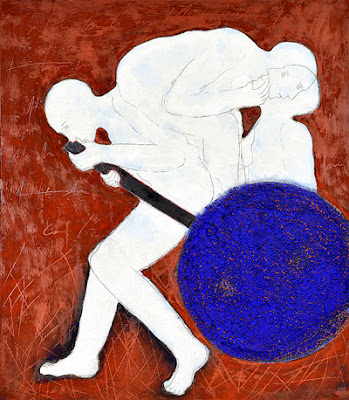 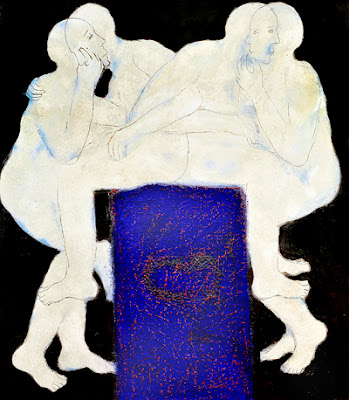 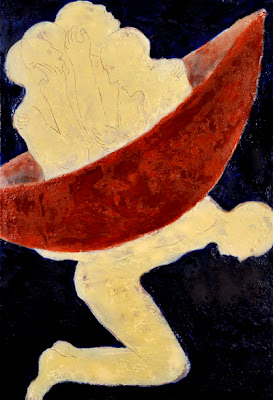 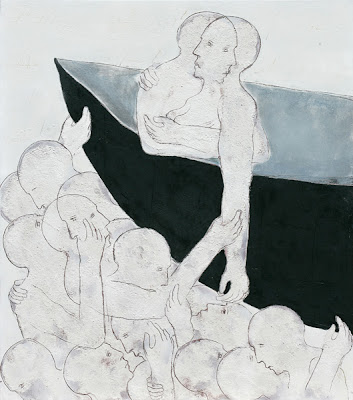 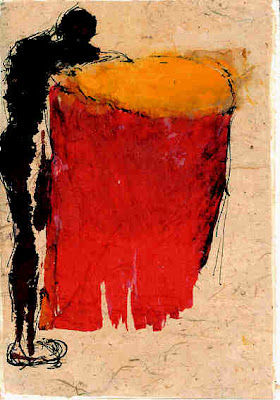