About
Anyone who comes in regular contact with art knows from experience the distinction between looking at a work and looking into a work. In the latter case the viewer is compelled, almost stopped in his or her tracks. Something in the art itself arrests the eye, pulls the person toward the work. The hook, if it can be called that, may be related simply to form or perhaps to narrative content. But in all such cases the viewer tends to approach the art as if wanting to look past the frame or, more viscerally still, imagine him or herself into the world of the image to better understand it. A sense of mystery and of uncertainty determine this experience. William Eggleston's photographs, Joseph Cornell's boxes, Alfred Hitchcock's films, Piero Della Francesca's work, Persian miniatures, the paintings of Balthus, Diane Arbus's photographs: these images and objects are not bound by genre, medium, or historical moment. What they share is what they do, which is to solicit us in some way. Julia Zanes' paintings share in this free-floating but significant tradition. We don't just pass by.

What, then, is it in Julia Zanes's paintings that prompts this viewer response? On the most immediate level, her work has some of the tension that enlivens early Renaissance panels. In particular, what connects Zanes's art to the work of that period is the striking effect of figures beginning to break out of their flatness but failing to do so completely. It's as though we are seeing a moment in which people are landlocked, caught between the medieval and, broadly speaking, the modern. Zanes plays with the uncanny visual effect of this historical and visual in-betweenness. The painted bodies of the early Renaissance, not yet sculptural as they would come to be in the mid and high Renaissance, belong to citizens of a more mystical world, not yet defined by the science-based thinking that would change visual representation forever. Zanes is a great explorer of this same territory, even as she makes it her own and plays with the tradition knowingly. Her tonal range, too, suggests the beauty of, in particular, early Sienese paintings. The umbers are pierced by golds and aquamarines. And again, it is this interplay, this tension between signs associated with this world, the earth tones, and the signs of another, the golds and heavenly blues, that defines Zanes's turf.

It is the dichotomies that organize modern, "rational thought-- waking/sleeping, material/spiritual, human/machine, abstract/figurative--that Zanes insists on unsettling. The effect is unmistakable. A deeply intriguing ambiguity enlivens the architectural spaces she creates, the people who walk through them, and the purpose behind their movement. Gravity doesn't quite do what it should with those buildings, people, or stories. Given that she is outspoken regarding her fascination with the Arabian Nights, classic fairy tales, Jungian thought, and the strangeness of puppetry, it should come as no surprise that Zanes is restless in her efforts to collapse such dichotomies, which, one could reasonably argue, limit art's possibilities. Creating liminal spaces where things are not quite adhering to the laws we've come to count on, where color is king, and the mystical regularly erupts in the everyday, Zanes extends her approach to the materials themselves, absorbing photography, stolen image fragments, and sometimes even sculptural elements into her paintings. In different ways, the paintings are things of layers. When we are drawn into them, it is to move through those layers, between materials, between color systems, between the rational and the mystical, between story fragments. And in so doing we are taken inside the frame, which finally acts as a kind of portal. 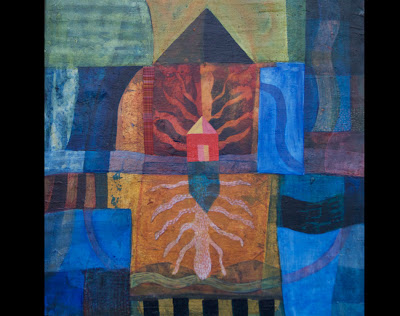 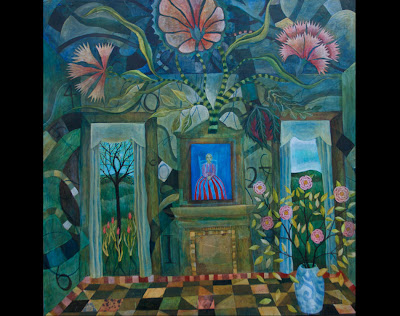 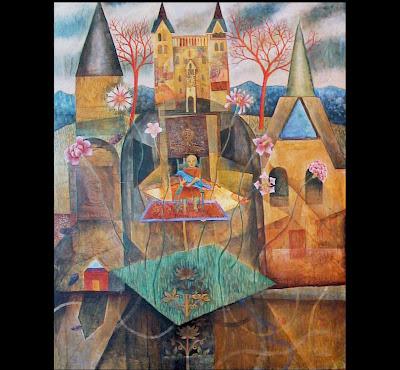 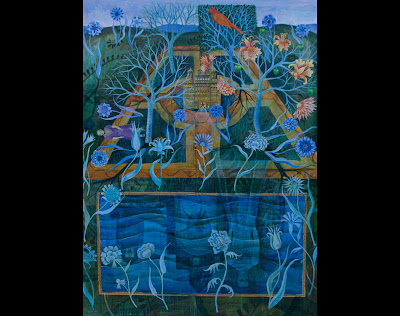 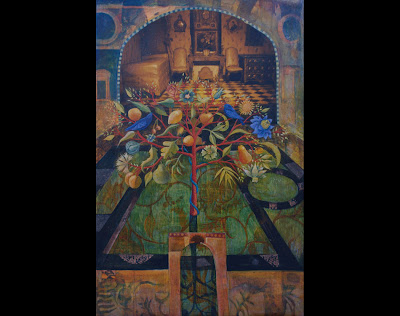 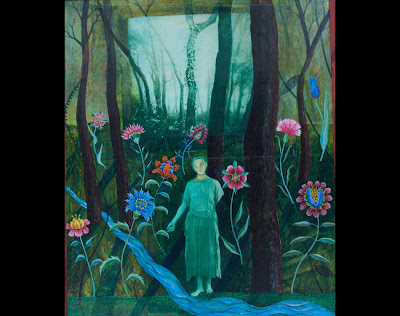 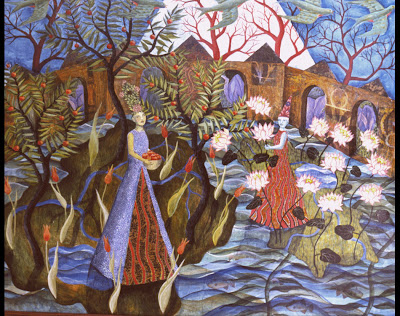 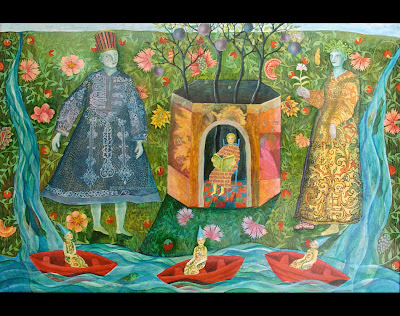 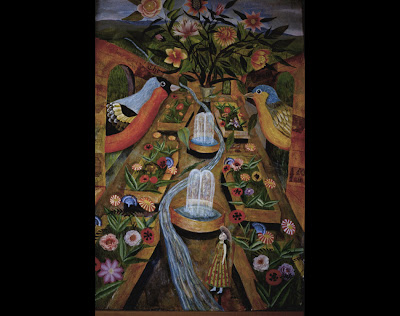 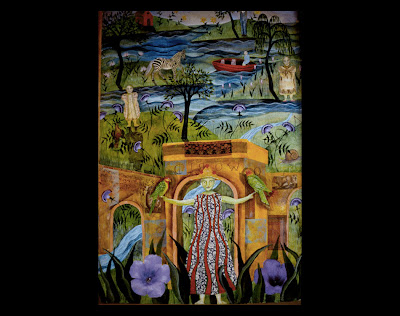 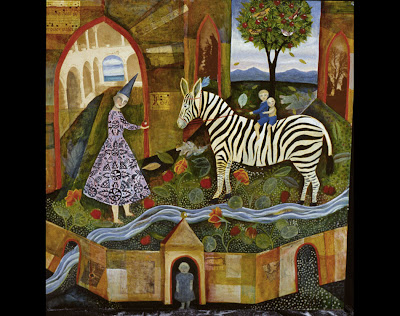 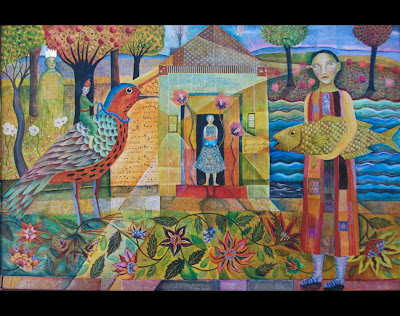 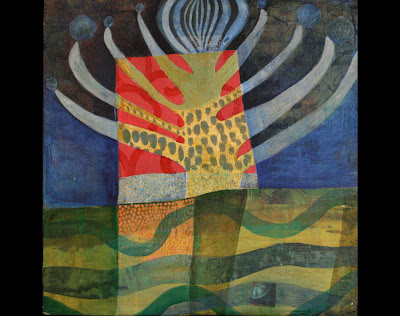 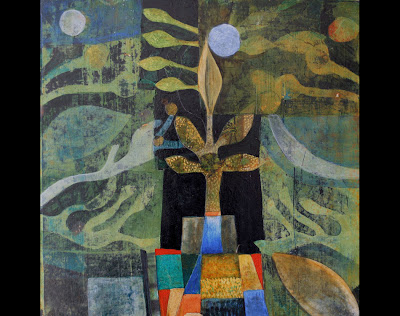 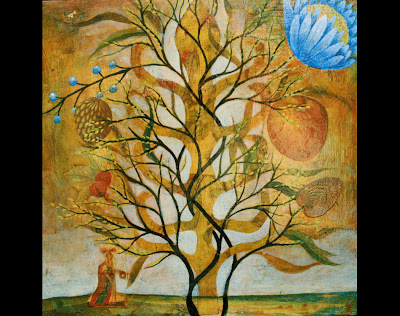 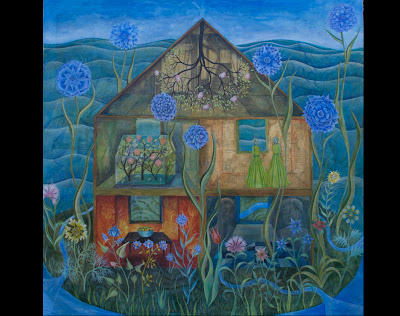 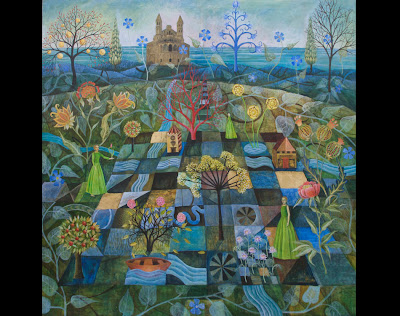 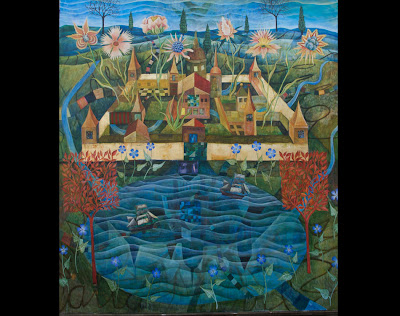 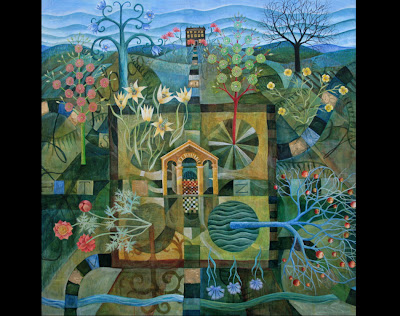 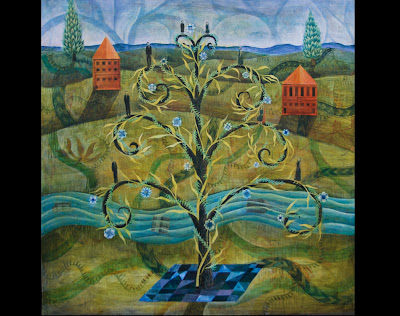 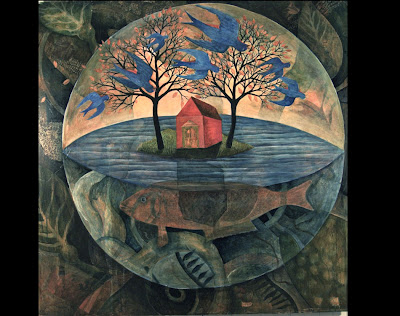 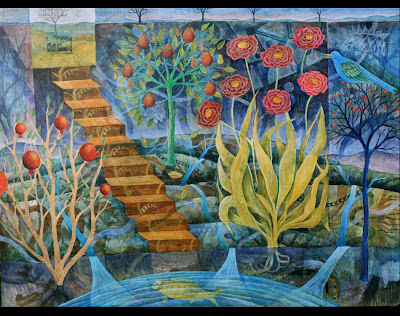 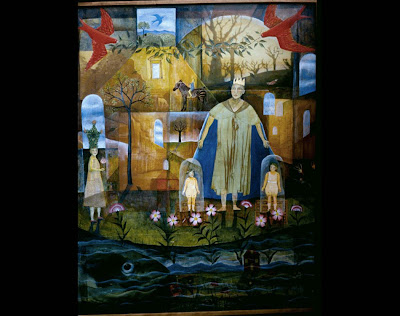